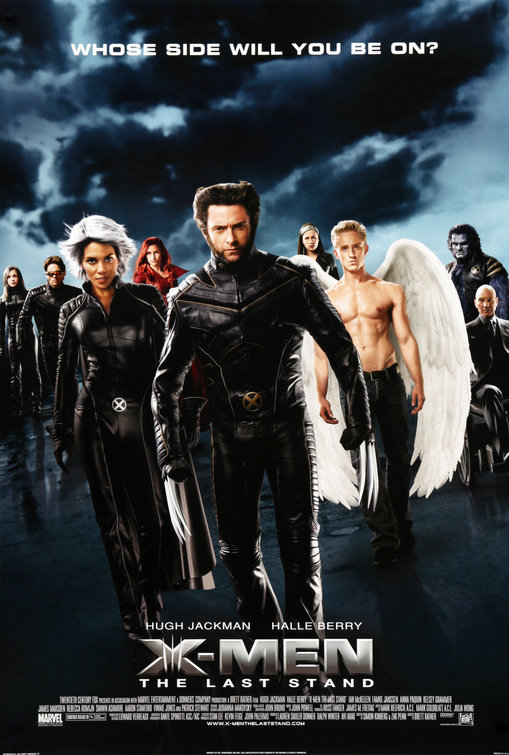 X-Men: The Last Stand (Also know as X3 and X-Men 3) is the third film adaptation of the Marvel Comics' X-Men superhero comic books. It was directed by Brett Ratner and written by Simon Kinberg and Zak Penn. The previous two movies were X-Men (2000) and X2 (2003). The movie revolves around a "mutant cure" that causes serious repercussions among mutants and humans, and on the mysterious resurrection of Jean Grey, who appeared to have died in X2. The film is based on two X-Men comic book story arcs: writer Chris Claremont's and artist John Byrne's "Dark Phoenix Saga" in The Uncanny X-Men (1980), and writer Joss Whedon's six-issue "Gifted" arc in Astonishing X-Men (2004).